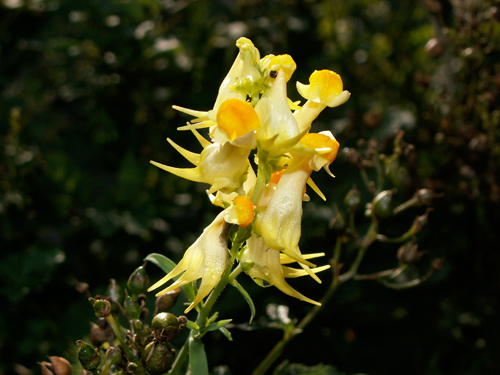 In 1744, Linnaeus told of a flower nobody had ever seen before. It had many similarities with toadflax (Linaria vulgaris), but the flower looked completely different, with radial symmetry instead of the normal zygomorphic symmetry of toadflax. Linnaeus was curious about this plant and asked one of his students to fetch one which he planted in the University garden (the Linnaeus Garden). Unfortunately it soon withered, but not before Linnaeus had time to discover something interesting. Despite the strangeness of the flower, the plant itself was essentially identical to toadflax. He concluded that it was a hybrid of toadflax and some other unknown flower.

His discovery was momentous: it appeared to show that new species could arise in nature. He chose to call his new plant Peloria, Greek for ”monster” or ”prodigy”.

Today we know that Peloria isn’t a separate species, but simply toadflax with a mutation in one particular gene. The flower fascinated Linnaeus so much that he had it planted at his summer residence in Hammarby. You can from time to time see it growing in the raised bed by the entrance to the dwelling house at Linnaeus Hammarby.