Skip to main content
Uppsala University The Linnaean Gardens ... Our gardens and ... Our plants Amazing plants Aloe from the Horn of ...
Denna sida på svenska
Listen

ALOE FROM THE HORN OF AFRICA 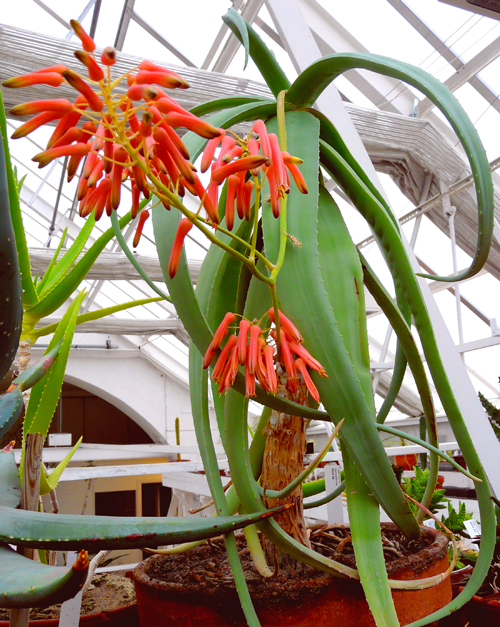 What could well be a new species of aloe flowered for the first time in 2011, 25 years after its seeds came to Uppsala from Somalia. Professor Mats Thulin collected seeds from a plant he found in 1985 in the gypsum hills of the Nugaal  Valley, Somalia. The seeds were planted in the Botanical Garden in Uppsala in 1986 and the subsequent plants have been cared for here ever since. The last volume of Mats Thulin’s ’Flora of Somalia’ was published in 2006, but at this point the aloe had not yet flowered and so could not be identified to species level and included in the publication. There are about 500 species of aloe; the majority are found in southern Africa, and about 40 species in Somalia.

Reaction to the flowering in February 2011:

This plant, with its hanging leaves and flowering stalk, does not resemble any other aloe I have seen.

Everything suggests that this is a new species from Somalia that has been ’discovered’ in the Botanical Garden during one of the coldest winter months.

Although many of the plants in the Botanical Garden have been collected during research trips all over the world, it seldom happens that a new species is described from these collections.

Now we can see how important it is that collected material is preserved in museums’ collections for future research.