Skip to main content
Uppsala University The Linnaean Gardens ... Our gardens and ... The Linnaeus Garden About the Museum
Denna sida på svenska
Listen

The Linnaeus Garden – a haven in Uppsala 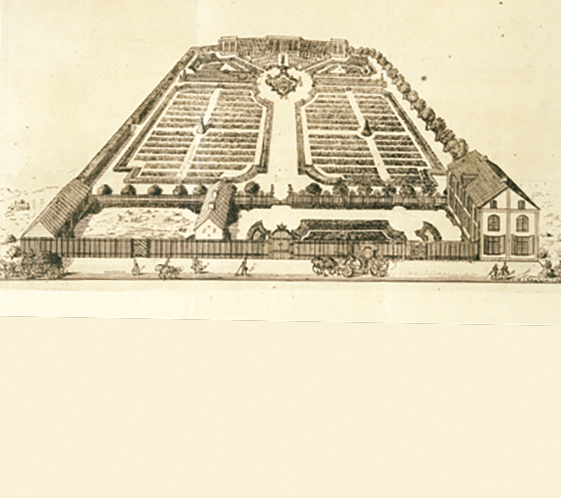 History of the garden

Friends of the garden

The Linnaeus Garden was the first botanical garden in Sweden founded in 1655 by Olof Rudbeck the elder. It is laid out in the French style and was restored following Linnaeus' and Carl Hårleman's design from 1745. Today, approximately 1,000 species are cultivated here. All of them are known to have been cultivated by Linnaeus and are arranged according to his sexual system.

The Botanical Garden of Uppsala University is the oldest in Sweden. It was founded in 1655 by the polymath Olof Rudbeck the elder, Professor of Medicine. At that time the garden was located in central Uppsala, in the Svartbäcken district near the Fyrisån river (figure). In the garden the medical students could learn botany and study medicinal plants. By the end of the 17th century there were more than 1800 plant species in the garden, many grown for the first time in Sweden – for example the potato.

Olof Rudbeck’s botanic garden was badly damaged during the great Uppsala fire of 1702. As the university lacked resources to restore it, the garden entered a period of decline.

In 1741 Carl Linnaeus was appointed as Director of the, by then, dilapidated botanic garden. He transformed it into one of the foremost gardens in the world. Through his world-wide network of contacts he was able to bring in thousands of plant species. They were grown in a particular order determined by Linnaeus, according to his Sexual System or in ecological plantings. Today, Linnaeus’s botanic garden has been reconstructed according to his original plan from 1745. It is now called the Linnaeus Garden and is a living memorial to the great naturalist.

Work in our gardens
The Botanical Garden, the Linnaeus Garden and Linnaeus' Hammarby.
Support our work
Become a member supporting The Linnaean Gardens of Uppsala or adopt a tree in The Botanical Garden.
Last modified: 2021-12-03
Print