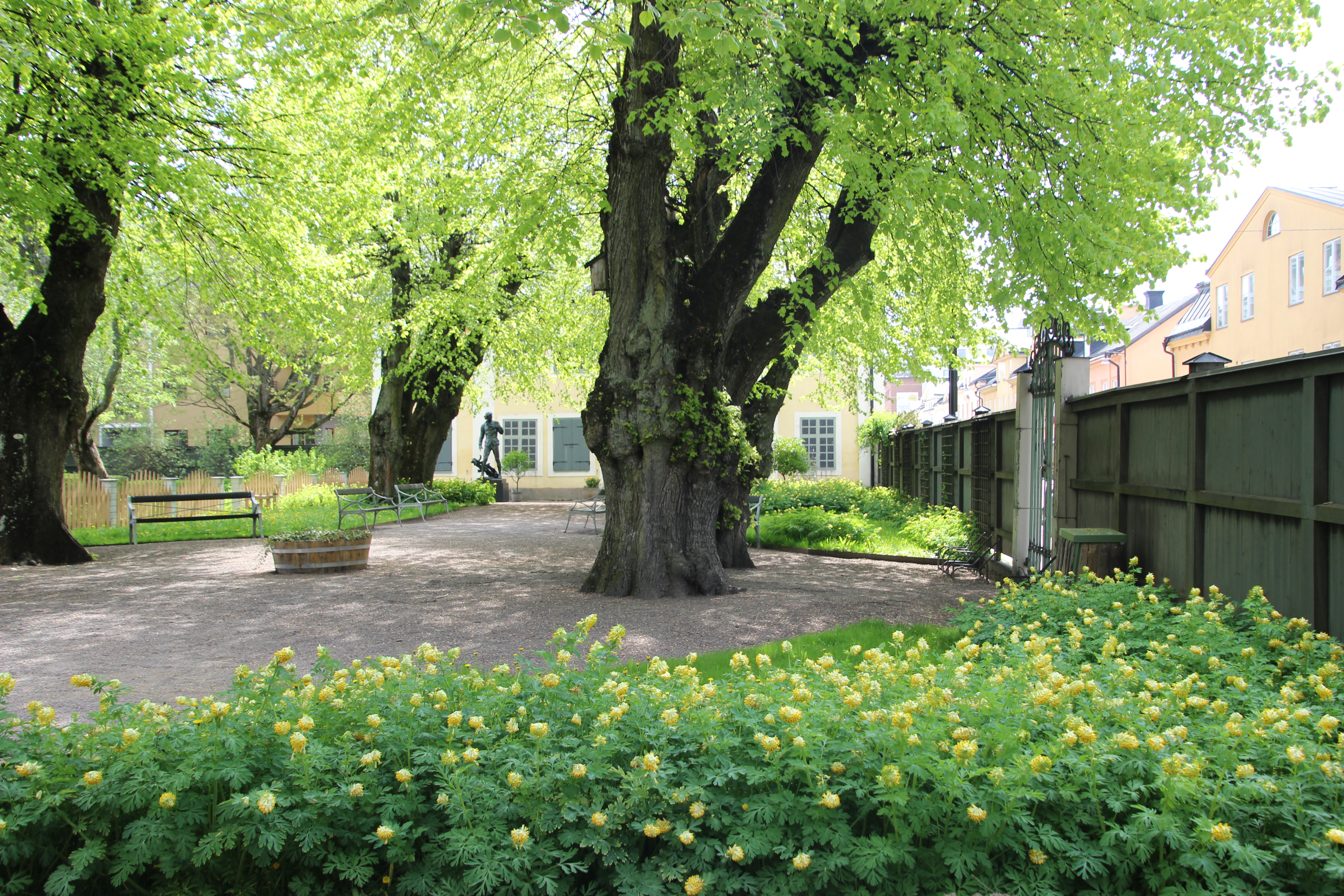 The plot of land immediately adjoining Svartbäcksgatan formed the forecourt to the Director’s Lodge. In Linnaeus’ day, there was a planting of unknown composition here. Now the area is dominated by eight large lime trees, planted in the 19th century. They symbolize Linnaeus, whose name was inspired by a lime that grew on his father’s family estate in Småland.

In May the forecourt is carpeted with Siberian corydalis Corydalis nobilis. The species was introduced in Sweden via seeds recieved by Linnaeus April 22 1765.